Where can you buy silver nitrate?

Silver nitrate, an important and the most commonly used laboratory chemical, can be purchased from any nearby chemical manufacture, supplier, or wholesale dealer. The purchase of chemicals directly from the suppliers/manufacturers is a predominant trend in India. Though other countries have witnessed the digital incorporation in the chemical industry, India is still at a nascent stage of digitizing the chemical industry. A majority of chemical buyers/sellers are not aware of digital platforms used for chemical sourcing.

Carbanio.com is India’s largest and ever-growing B2B chemical platform. Purchasing chemicals on Carbanio is as easy as ordering your favorite stuff from Amazon, or booking a cab through Uber; that is why Carbanio is popularly called the “Amazon of Chemicals” or “Uber of Chemicals.” So, next time when you want to purchase or sell chemicals, try Carbanio for a better experience! Using digital platforms for chemical sales or purchase is not just for one’s interest, but this also helps in strengthening the chemical industry of the country.

You can now purchase silver nitrate online through Carbanio.com, at the best deals seen never before. Browse through our website and choose the seller that suits your requirement the most.

An overview of silver nitrate

Silver nitrate is an inorganic chemical compound with formula AgNO3, commonly known for its antiseptic activity. It’s a versatile silver salt that acts as a precursor to many other silver compounds. Silver nitrate usually appears as a colorless or white crystalline solid, but turns black on exposure to light or any organic material. It consists of an ionic bond between the silver cation (Ag+) and the nitrate anion (NO3–). The ionic nature of silver nitrate makes it readily dissolvable in water and dissociates into its constituent ions.

The mention of silver nitrate dates back to the 13th century when Albertus Magnus documented his experiment on the ability of nitric acid to separate gold and silver by dissolving the silver. Later in the 1720s, a German chemist Johann Schulze used silver nitrate in printing and photography.

Silver nitrate finds a wide range of applications in various field; but it is toxic and corrosive too. Hence, it should be used carefully with all the precautionary measures followed well.

The chemistry of photography

Taking photos has become an integral part of our lives today; but do you know how this whole process originated? The discovery of photography can be dated back to 1717, when Johann Heinrich Schulze, discovered that powdered silver nitrate darkened on exposure to light. The experiment involved a piece of paper that was exposed to light, wherein stencils were placed in the path of the light rays in order to produce a negative image upon the silver nitrate. He further documented that the images created were temporary, however, they appeared exactly and distinctly like the original object.

This process of photography underwent various upgrades until modern photography finally originated. James Clerk Maxwell was the first scientist to understand the light as a part of the electromagnetic spectrum. This led to the invention of the first color photograph in the year 1861. His modern color films used the same theories as others did, producing three negatives within a single film by making certain layers sensitive to only a single color. The idea was to block the presence of certain wavelengths at a particular level. The processing washes away these negatives and replaces them with colored dyes. Perfectly overlapped, these three colored levels combine to produce a single full-color picture. This is how the process of photography actually originated, which later went on to digital formats being used by all of us today with a smartphone.

Silver nitrate is commonly recognized for its toxic effects. Brief exposure on the skin will not produce any immediate side effects but causes skin staining; and in extreme cases may cause argyria. Argyria is a symptom recognized with the skin turning from its normal color to blue or blue-grey. On constant exposure to high concentrations, side effects such as skin burns are noticeable. Long-term exposure also causes damage to the eyes as silver nitrate is a commonly known eye irritant.

When ingested, silver nitrate causes an extreme burning sensation in the throat and nostrils followed by vomiting. In the event of a heavy dose of silver nitrate causes breathing problems, lung and throat irritation, and stomach pain. Due to its corrosive nature, silver nitrate is considered as a poison that can cause fatal gastroenteritis and gastrointestinal bleed. Hence, it is recommended to use all the precautionary steps while dealing with silver nitrate.

Silver nitrate, so far, is not known for any carcinogenic effect; as thorough investigation on the same is being carried out.

Warnings and precautions for silver nitrate

Considering the wide range of applications of silver nitrate, analysts forecast the market will see a rise in the supply and demand market and exhibit a CAGR of 4.01% during the period 2019-2024.

With the growing digitization, you can buy silver nitrate online. Companies like Carbanio.com have simplified the chemical sourcing process while helping to keep the chemical industry stay updated with the current trend in the market.

The future of silver nitrate market

Expert predict an extremely promising future for the silver nitrate market. Considering the various applications, it offers, such as cauterizing, sclerosing, and an anti-microbial agent in medical and pharmaceutical industries, the market will not go out of trend anytime soon. Silver nitrate is an important product in the chemical industry and its demand/supply chain will see only exponential growth in the years to come. In terms of grade, the ACS grade of silver nitrate will dominate the market (it is still on top), when compared to the USP and technical grade.

Silver nitrate is used majorly in end-user products such as photography, jewelry, electronics, glass, and healthcare to name a few. This has raised the demand for silver nitrate in the end-use industry.

With the contribution of silver nitrate to the chemical industry, we can confidently say that the future of the silver nitrate market is bright, and will not fade anytime soon. 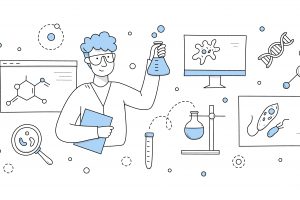 Chemical compounds are characterized in many different ways including molecular formulas, chemical